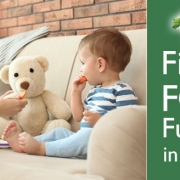 Many parents will be all-too-familiar with how fussy toddlers can be when it comes to food. Some children will even avoid certain foods, absolutely refusing to try them, based solely on how they look. This can be infuriating! In the extreme, it can also potentially pose a risk to the healthy balance of a child’s diet.

Give peas a chance!

Many adults, myself included, will recall that we were just the same at some point during childhood. Later on, we may realise how delicious something really is, even if we thought we didn’t like it when we were young. I recall believing that peas were incredibly dull and should be avoided at all costs, for example. I now believe them to be amongst the tastiest vegetables on the planet! Nothing material has really changed about peas, so it’s my perception of them that has changed; I simply needed to give them a chance.

Other foods can become an ‘acquired taste’. For example, many youngsters initially perceive olives as being quite disgusting. Later on as adults, however, many of the same people end up adoring them. Sometimes, it’s just a case of mentioning this weird facet of human nature to your toddler. Trying to reason – and empathise – with them in this way may well register with them eventually. Despite appearances, children often take such messages in, even though they might refuse some foods, point blank, at first. This eventual acceptance often gradually occurs as they become more mature in mind as well as in body. 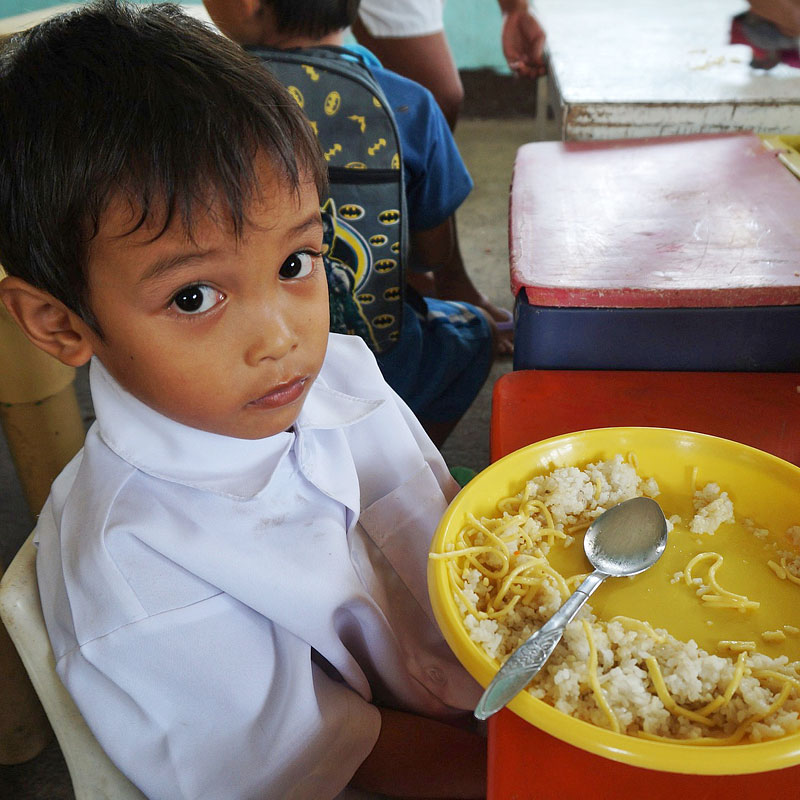 If your child’s refusal to eat certain foods is making you stressed, take a moment to realise that this is perfectly normal. Indeed, many toddlers go through such a phase in their earliest years. If they’ve recently been breastfeeding, they will have become accustomed to a sweet-tasting diet. When they are weaned onto solids and suddenly become mobile, it’s natural for them to be wary of eating just anything — it’s so new to them. In fact, refusing some foods is an instinctive survival mechanism. It’ll take time for them to become accustomed to new tastes and textures.

“If your child gives you a resounding no, try, try and try again.”

What’s more, it’s known that it can take about 10 to 15 instances of exposure to a particular food before many young children will accept it. So, if your child gives you a resounding no, it’s really best for both of you to try, try and try again. After all, it would be such a shame for them to miss out on something delicious and nutritional for the rest of their lives.

What else can parents do?

As well as the straight forward perseverance approach outlined above, there are a number of things that parents and carers can do to encourage preschoolers to eat a more varied diet and to give new food types a try … 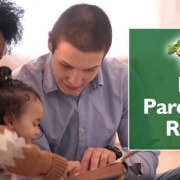 Research has repeatedly proved that parents have an enormous impact on their children’s education, particularly if they’re involved right from the early years. That impact can be hugely positive if the parents get it right. In this article, we explore the many benefits of parental involvement in children’s education, how parents can support their children from nursery to university, improve their success, maximise their personal and career potentials and thereby give children the very best start in life. That is priceless.

“It has been proven time and time again that parents who invest time and place value on their children’s education will have children who are more successful in school.” (Meador)

The positive impact of parental help for children cannot be overstated. A well-supported child will go on to get better grades and ultimately be eligible for wider, higher quality, career choices once they’re older and ready to leave education. So the message is: if you’re a parent that wants your child to do as well as possible in their education and development, then your child needs your support. Be ready for the long-haul, though, because they will need your support at nursery, throughout their school years and even into higher education.

Research¹ has shown that parents can help improve their child’s development and education irrespective of: how well they did at school themselves; their socioeconomic status and ethnic/racial background.

What are the benefits of closer parental involvement?

As we mentioned above, parental involvement in a child’s development and education can ultimately lead to better results in school and enhanced life choices later on. That’s just the tip of the ice berg, though. Benefits for the child include 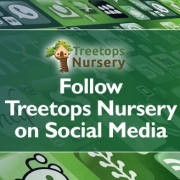 The eagle-eyed among you will have noticed that we’ve got a sparkling new website. It’s user-friendly, works nicely on mobile phones and it’s going to be much easier for us to keep up to date. That means that we can keep you better informed — great news! Our plan is to publish several high quality articles on the new blog area each and every month. We’ll keep our new social media channels up to date with information, images, nursery- and early years-related news too. We’re now on Twitter, Facebook, Instagram, Pinterest and Google Business (our profile links are below).

We can keep you better informed

With a view to that, we’d like to invite you to follow us on social media and to regularly visit our news blog. By doing so, you’ll be able to keep up to date with the nursery and childcare in general. Parents across the UK should find the information we’ll publish very useful even if they don’t have children at our Willesden nursery. Our plan is to write and publish some extremely useful articles that’ll appeal to a wide audience of parents, wherever they are. This will include comprehensive guides to topics like childcare funding in the UK, ‘evergreen’ articles about education for babies and toddlers, parenting, the curriculum, activities and all manner of useful, original and informative content. If this sounds of interest, please follow us:

Reviews are incredibly important to small businesses like ours, and a little goes a long way. So, if you’re on Facebook or Google, we’d love it if you could leave a nice review or recommendation for Treetops Nursery please. It’s wonderful to hear

At our Willesden nursery and pre-school, and other nurseries within our group, we looked after children of key workers during the lock-down. This all went very well indeed and we’re very happy to report that there was not a single case of COVID-19 within any of the nurseries, their staff, children, babies or immediate families. This is a testament to the safeguarding measures put in place and also to everyone following the advice of the nurseries, NHS and Government. Thanks to everyone for taking such good care — it worked!

The nursery has re-opened!

We’re very pleased to announce that Treetops Nursery has now re-opened, so we’re welcoming existing families back at the same time as inviting new children who need a safe childcare place in the Willesden area of NW10.

How are we protecting children from COVID-19?

Now that we’re emerging from the lock-down, it’s more important than ever to exercise social distancing, cleanliness and best practise measures to keep everyone safe and well going forwards. With more people now mixing again, this is more important than ever. With that in mind, we have introduced leading-edge measures to safeguard everyone attending the nursery and preschool. With our owners having medical backgrounds, we are uniquely positioned to ensure that these are the best safeguarding measures possible. They also go far beyond Government and NHS guidelines. So, the message is:

So what are the new health and safety measures? While the following is not an exhaustive list, it’ll give you an insight into the kind of protocols we’re putting in place at the setting …

What are our anti-virus safety measures at the nursery?

It’s an absolute given that we’re practising social distancing at the nursery. We’ve taken this several steps further, though, to absolutely minimise any risks: