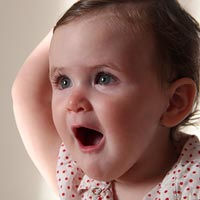 In this, the first of two new posts relating to the very youngest of children, we’re looking at teething, including when it usually happens and what to do about it as a parent or carer. Teething can be stressful for parents and a painful time for babies, so it’s important to read the signs correctly and act accordingly.

Let’s start at the beginning. Humans usually have two sets of teeth during their lives:

Fun fact: some reptiles grow thousands of new teeth in their lifetimes. Not so for humans, though!

Apart from their two sets of teeth, humans do not ‘grow’ further teeth as they are lost or fall out. This is common to most mammals. 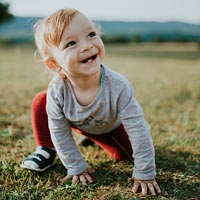 Most babies are born with no teeth showing at all. However, there are exceptions and it’s reasonably common to be born with one or more milk teeth already visible. In total, babies will have a total of 20 milk teeth; 10 in the upper jaw and 10 in the lower. These are already there at birth as they will have grown during the embryonic stage. However, they are hidden within the gums in most cases.

On average, babies’ teeth start to ‘erupt’ (protrude through the gums) at the age of about 6 months. The process of erupting is known as teething. The order of appearance of milk teeth usually goes something like this:

The milk teeth have usually all appeared through the gums by the age of 2½ to 3 although, as with everything, some cases may differ.

Teething lasts for about 8 days for each of the teeth erupting. Half of that is before the tooth appears and the other half is once it’s first appeared through the gum. In between, a bluey-grey colouration may be visible on the gum where the tooth is about to erupt. This is known as an ‘eruption cyst’ and is quite normal, usually disappearing on its own. As the largest of the teeth, molars tend to cause the most discomfort for babies/toddlers when coming through. 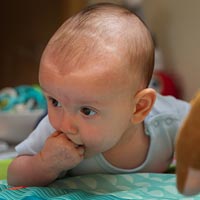 Teething can cause babies pain and discomfort during the 8 days in which each tooth moves from under the gum to erupting through it. Apart from the obvious signs of the tooth erupting and perhaps a bluey-grey eruption cyst colouration in the gums, symptoms of teething include:

If you are at all concerned about the health and wellbeing of your child, consult a doctor or call the NHS on 111

How to Help Babies Through Teething 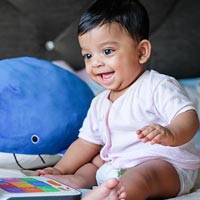 There are a number of ways parents and carers can help babies and toddlers through their teething. One or more of the following may help:

An Important Word About Teething Gels 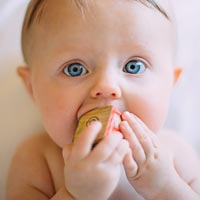 According to the NHS, there is no evidence that commercially-available teething gels (including homeopathic ones) are effective, so they recommend that non-medical options like those above should be tried first.

However, they say that should parents/carers decide to try teething gels anyway, they should ensure that they are specifically made for young children and are licensed for use in the UK. Teething gels should really be purchased through pharmacies (ideally not the Internet*), who may be able to give further advice. The NHS also states that, “General oral pain relief gels are not suitable for children”.

* The NHS states that:

“Some unlicensed homeopathic gels advertised on the internet have been linked to serious side effects.”

More information on the NHS warnings is available here.

Teeth Brushing & Registering with a Dentist

As soon as the first tooth has come through, parents or carers should begin to the process of regularly brushing and should also register the child with a local dentist. Brushing infant teeth is quite a big topic in itself, so we’ll write a separate post about it in the near future. 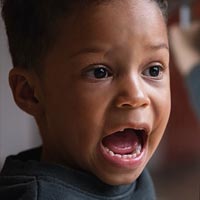 When the time is right (usually by the age of 6) the milk teeth will start to shed. Normally, this is done in a particular order: first the two lower front teeth and the two upper front teeth will fall out (these are called the central incisors). Next to fall are the lateral incisors, then the first molars, the canines and finally the second molars.

By the age of twelve, most people will have shed all of their milk teeth although some people retain one or more right into adulthood (usually a molar if so). Adults have a total of 32 adult teeth, comprising 8 incisors, 4 canines, 8 premolars and 12 molars (4 of which are the Wisdom Teeth). Each of these has a particular shape and function, although we’ll not delve further in view this article is primarily about infant teeth. It’s worth noting, however, that adult teeth are less white than milk teeth as they have thicker enamel and the ‘dentin’ layer beneath it is yellow in colour.

We hope this guide to teething has been useful to you and look forward to following up with more articles and guides in the near future. Perhaps bookmark this article or our main blog page and feel free to share on social media (share buttons can be found below this article).

If you are looking for nurseries in Willesden, or near Willesden Green, Kensal Green or Harlesden around the London NW10 area, we might be able to help. Treetops Nursery offers high quality childcare for babies, toddlers and under-fives in Doyle Gardens in Willesden, London NW10. We’ll be happy to discuss a nursery place for your baby or child while a few places are still available. Please choose a contact method below if this is of interest: 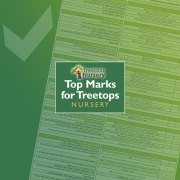 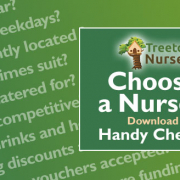 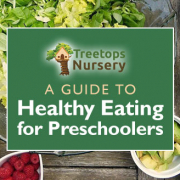 A Guide to Healthy Eating for Preschoolers 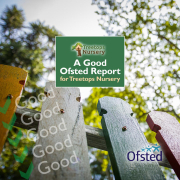 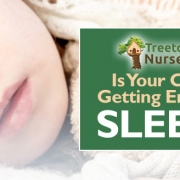 Is Your Child Getting Enough Sleep? 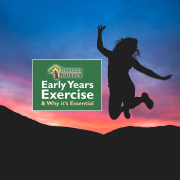